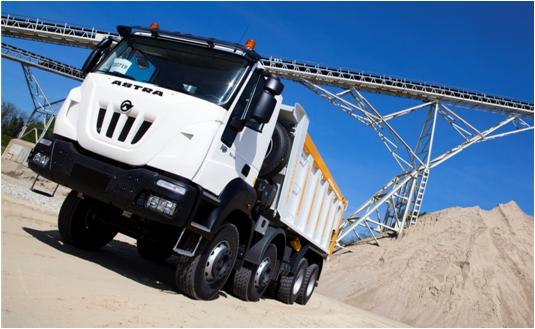 Back To Press Rom

The four trucks of PETRONAS Team De Rooy IVECO have officially started the 42nd edition of the @dakar with the competition kick-off in Jeddah. Yesterday's start podium saw the team’s drivers, navigators and mechanics advance towards today's first stage, linking the cities of Jeddah and Al Wajh with 752 km, 319 km of which are timed and will count for the stage standings. 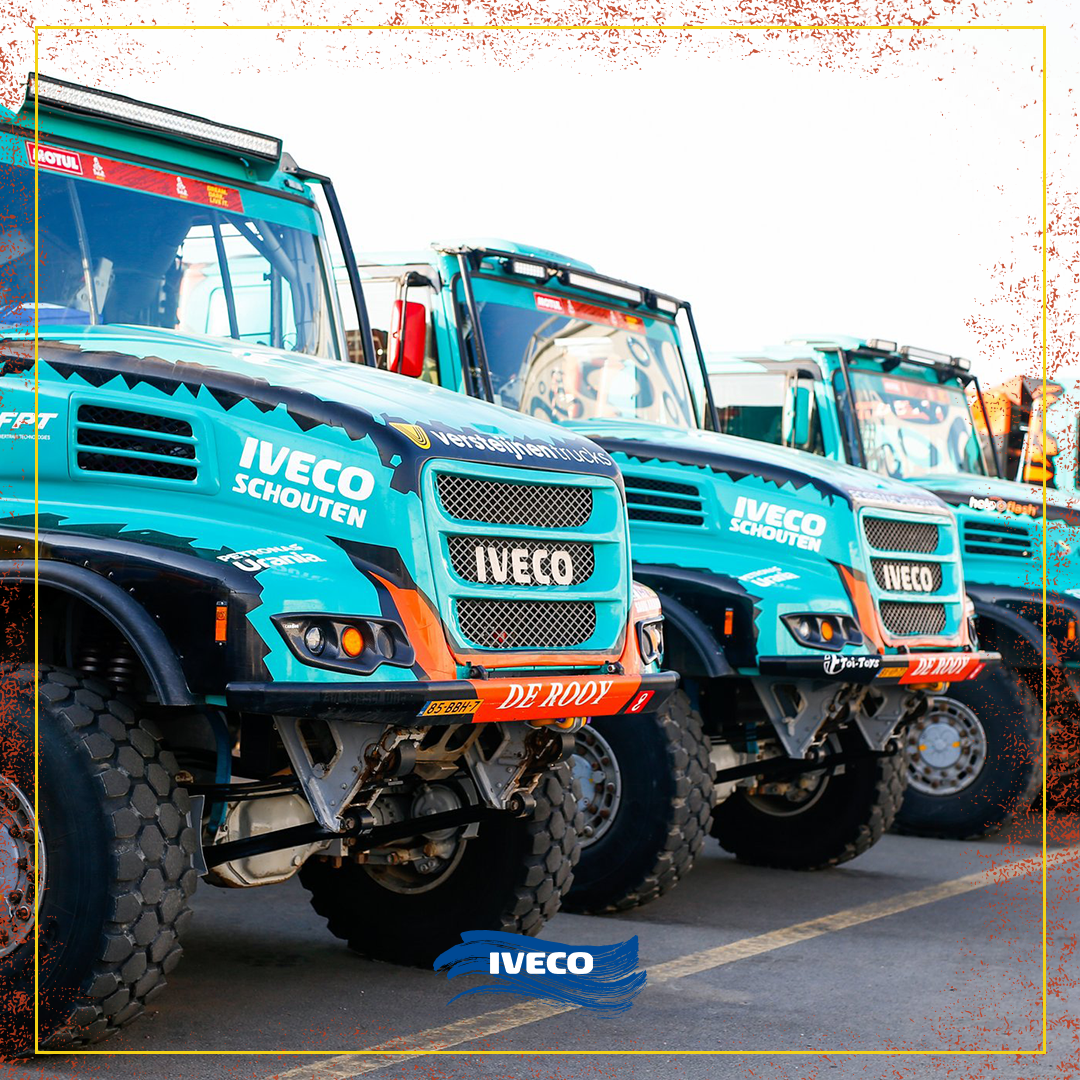 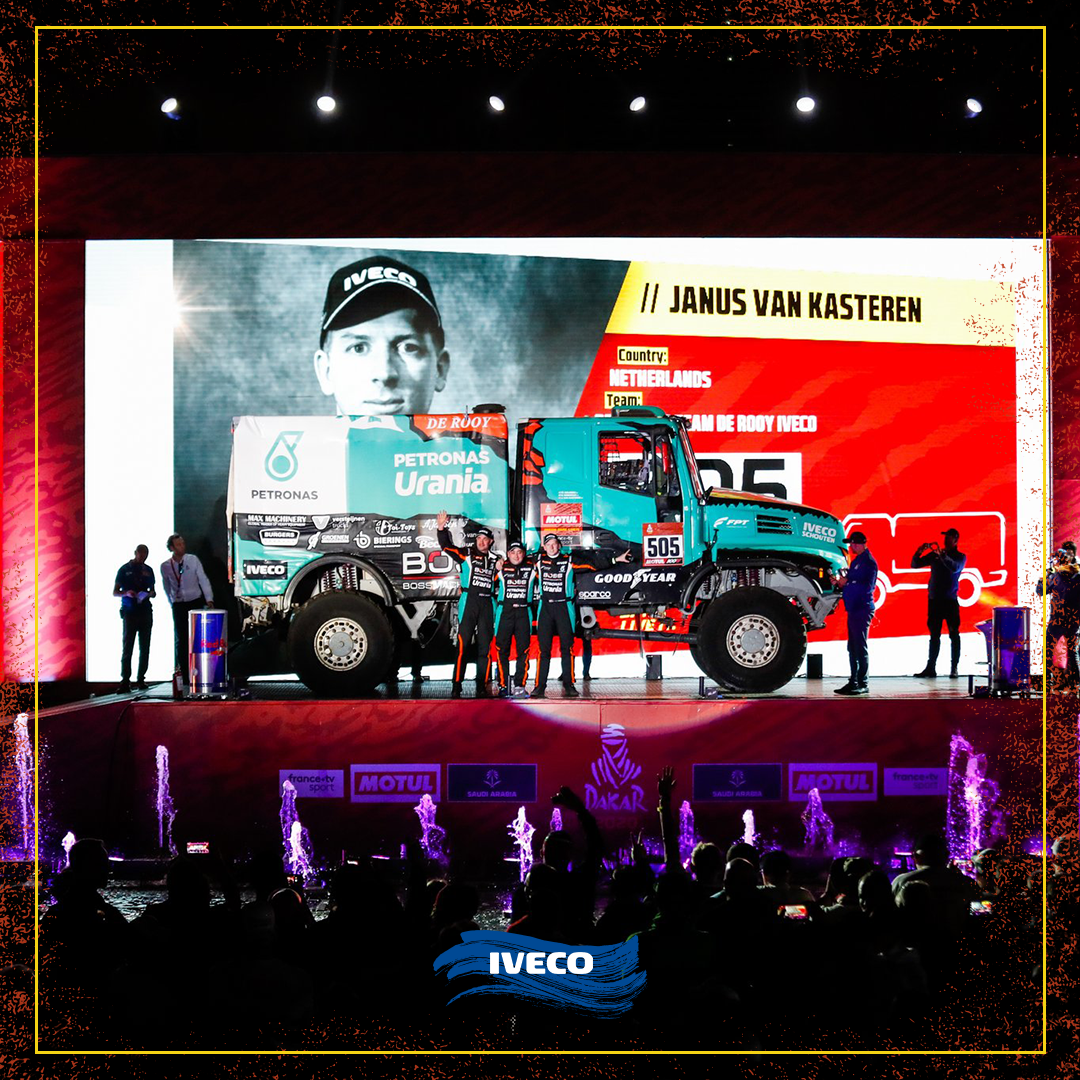 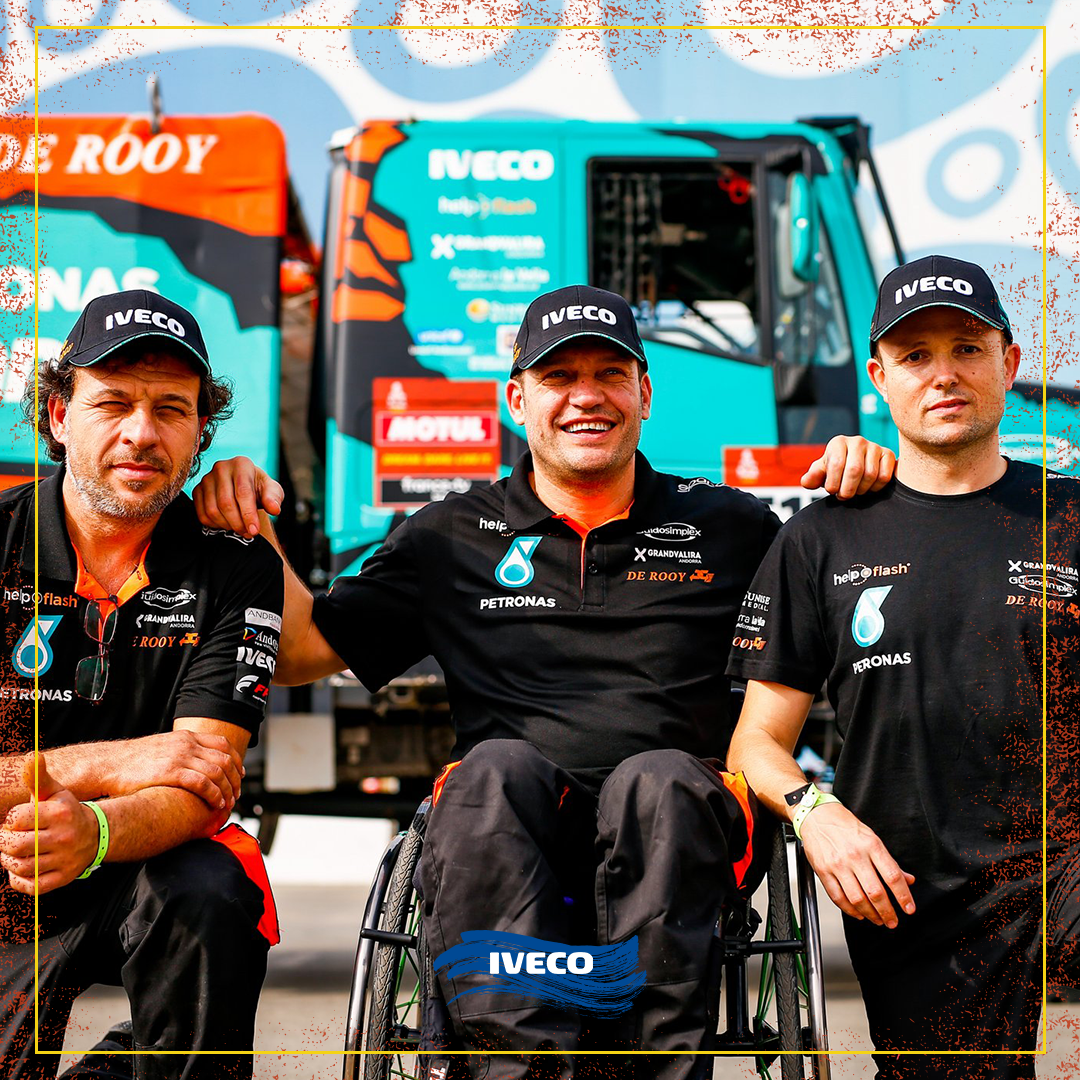 PETRONAS Team De Rooy IVECO step on the podium of the first stage of the @dakar 2020 with Janus van Kasteren (#505) who placed his IVECO Powerstar in third position! Albert Llovera (#517) managed to get inside the Top 20, while Versteijnen (#522) and Becx (#531) finished in 21st and 22nd position, respectively.

With a mix of soil, sand, dunes and stones, the first special was a hard welcome for all crews.

A great start for a great team! 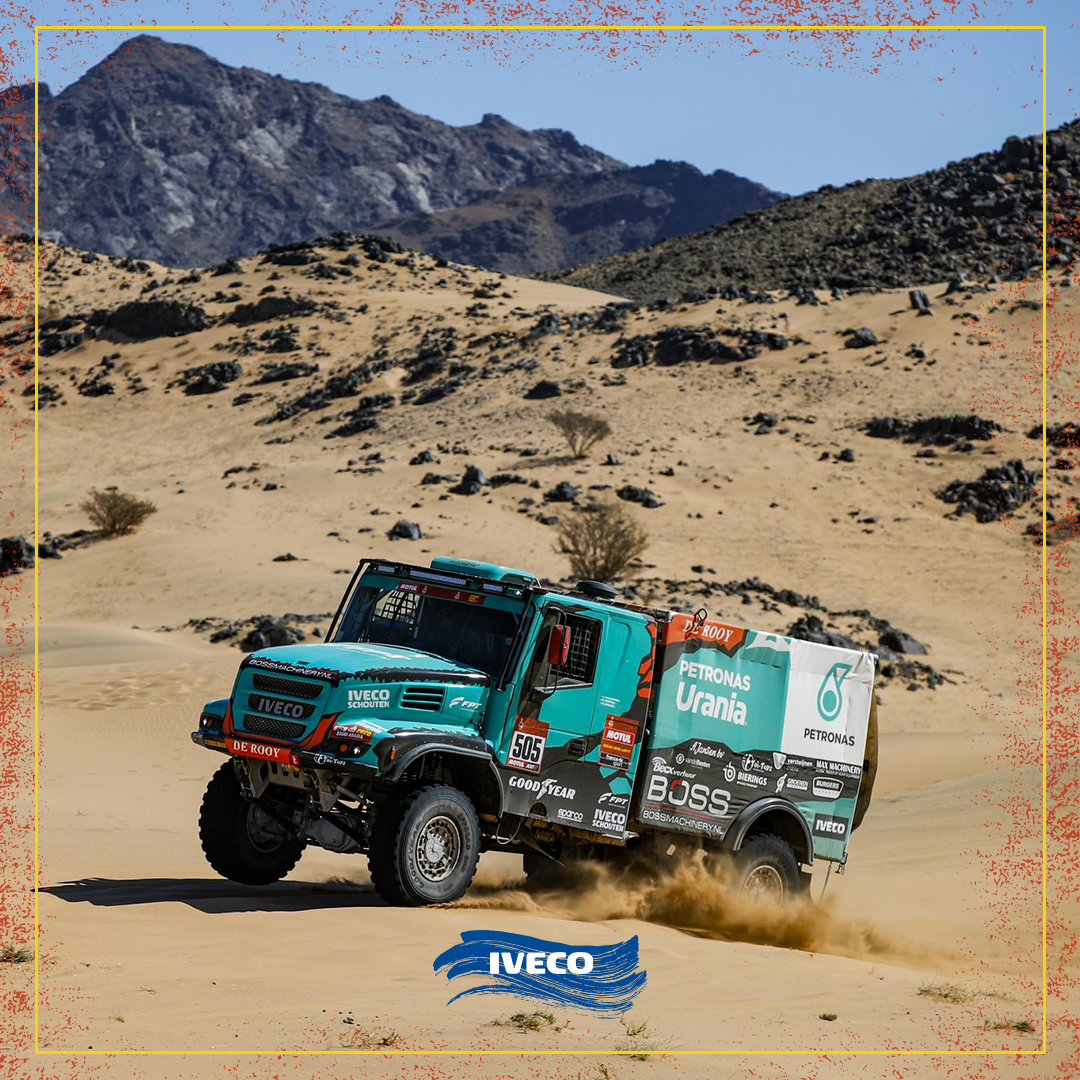 The second stage of the @dakar 2020 in Saudi Arabia came to an end after a hard fought special between the cities of Al Wajh and Neom with most of the roads made of soil and stones, with little paths of sand.

The third stage of Dakar 2020 will find its first loop, with beginning and end in the futuristic city of Neom. 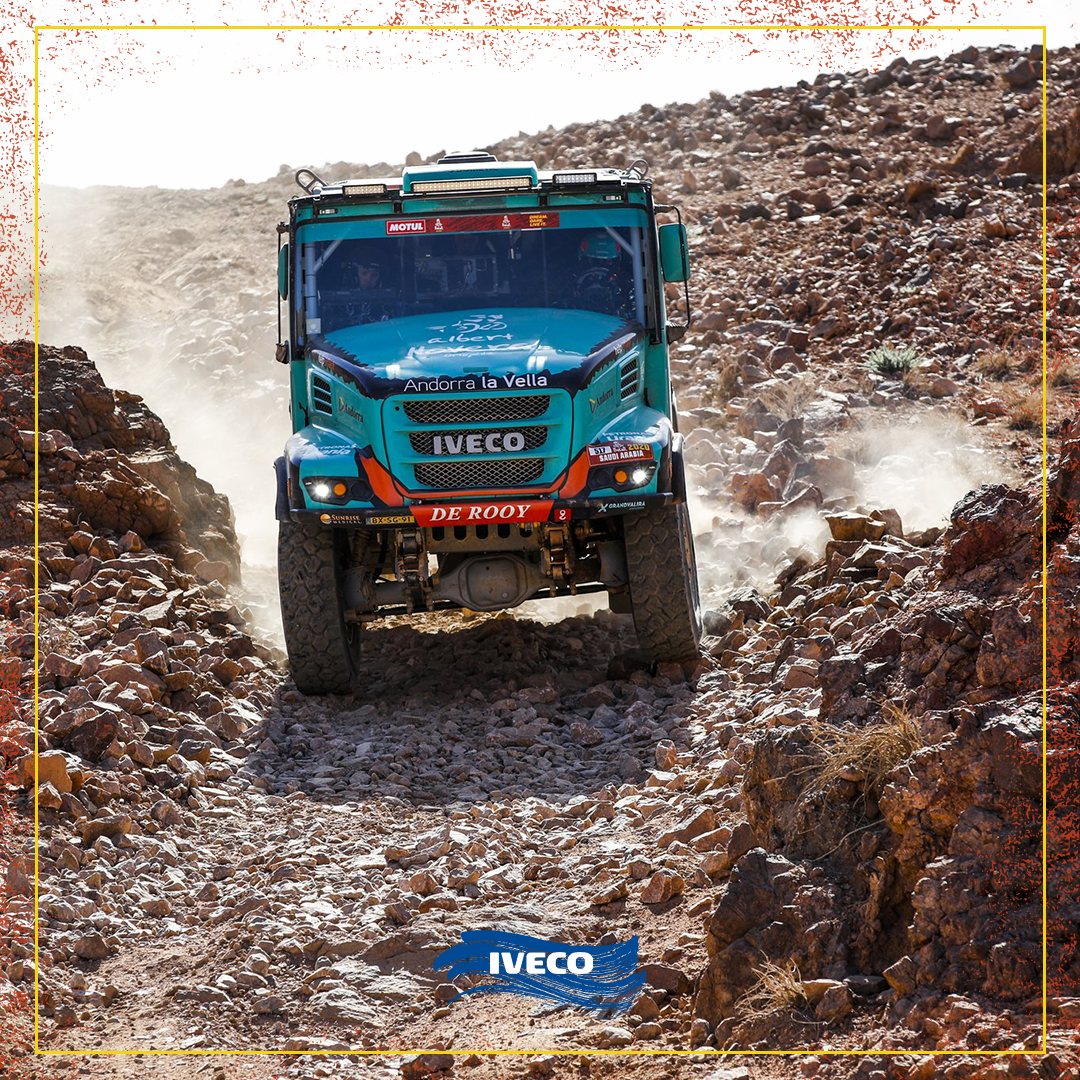 Janus van Kasteren from the crew #505 finished as the best IVECO in the third stage of the @dakar 2020, completing the special in 8th position after 427 timed kilometers in the first loop of the rally raid near Neom. All four trucks of the PETRONAS Team De Rooy IVECO closed the stage among the best 20 competitors.

Stage 4 will go from Neom to Al Ula, with equal parts of sandy stretches and gravel sections. 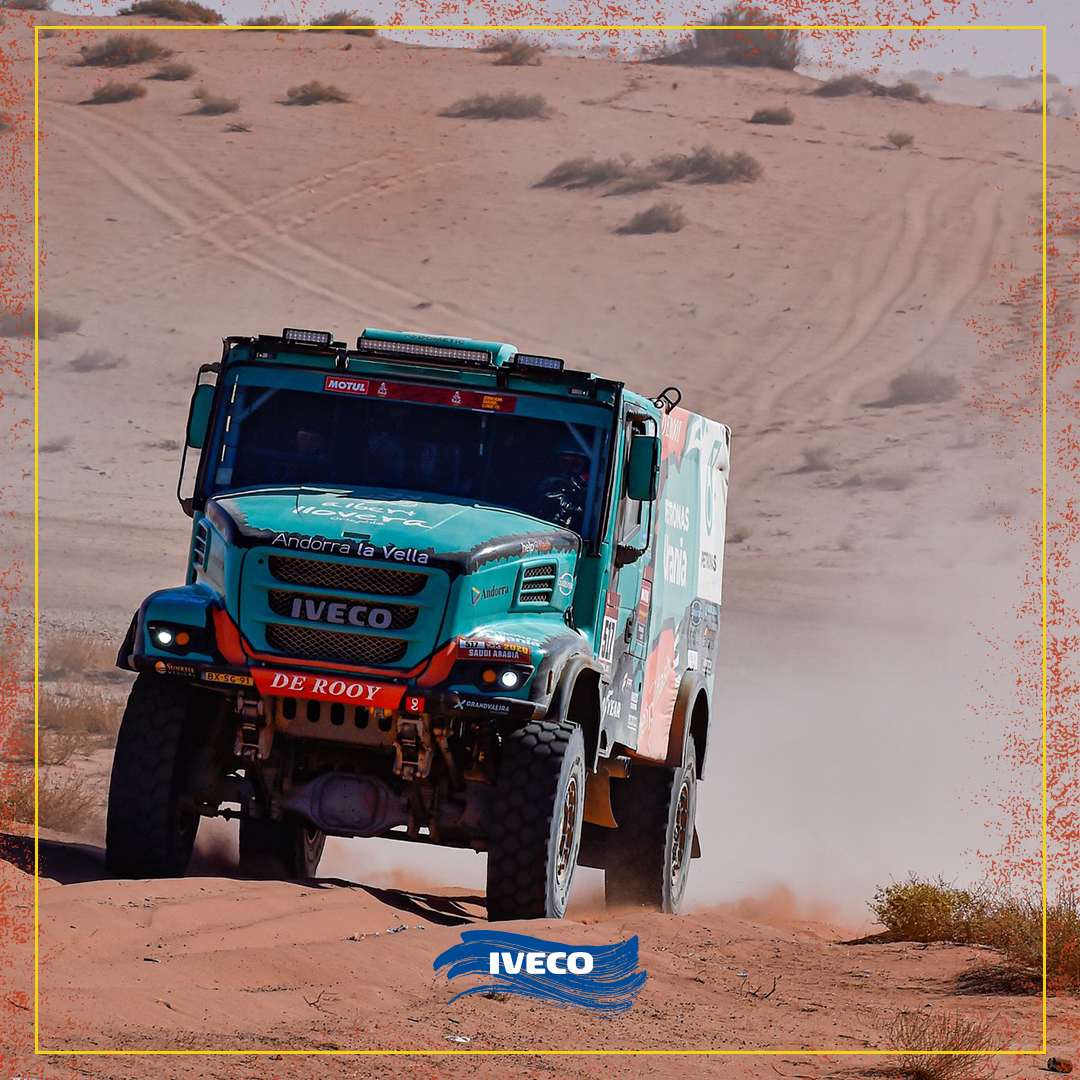 The European Parliament, in its plenary session, has voted its official opinion and amendments to the European Commission’s

proposal for a regulation of CO2 emissions from heavy-duty vehicles.
IVECO welcomes the European Parliament’s acknowledgement of natural gas, and especially its renewable part, as a viable carrier towards a wide target to decarbonize Europe. Discover more here: https://goo.gl/YVmXTt

IVECO is participating in the China International Import Expo 2018 (CIIE), held in Shanghai from 5 to 10 November.

As the only major manufacturer of imported commercial vehicles present at China’s first import expo, IVECO is celebrating its long history in the country and confirming its long-term commitment for the future.
The brand also introduces to the Chinese market its industry-leading natural gas technology with the Daily Blue Power, “International Van of the Year 2018” and expands its offering with the New Daily Business Lounge, specifically designed to meet the demand of luxury vehicles for mobile office, business reception and family travel applications.